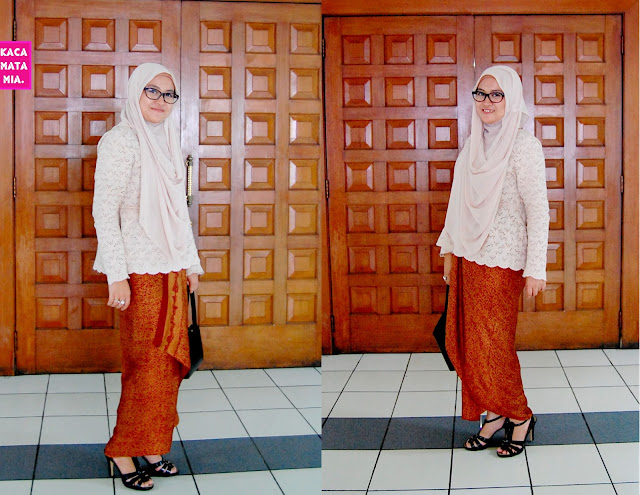 Assalaamualaikum. Hey Girls I want to share my outfit for an Event a few weeks ago. It's three posts in a row I posted about outfits. Hahaha..  The event called ACER Srikandi Blogger Award 2013. The awards that were given by Kumpulan Emak Blogger (KEB) for inspiring Blogger Moms. Very cool event, but I will tell you the stories later, okay? So the dress code for the event is Kebaya, a traditional Indonesian women clothes made of brocades, or cotton or tulles, and usually have embroideries. Kebaya is  usually combined with kain (a detached fabric, usually has batik pattern) or sarong. But some women now prefer to have their kain sewn like a a maxi skirt. Well, the problem is, I didn't have any kebaya in my closet. So I hunted for kebaya just a few days before the event. And alhamdulillah, I found this top only one day before the event at MEIN designers shop, Kemang. It wasn't actually kebaya. It's a peplum top made from brocades fabric by deeandra.  I
34 komentar
Baca selengkapnya 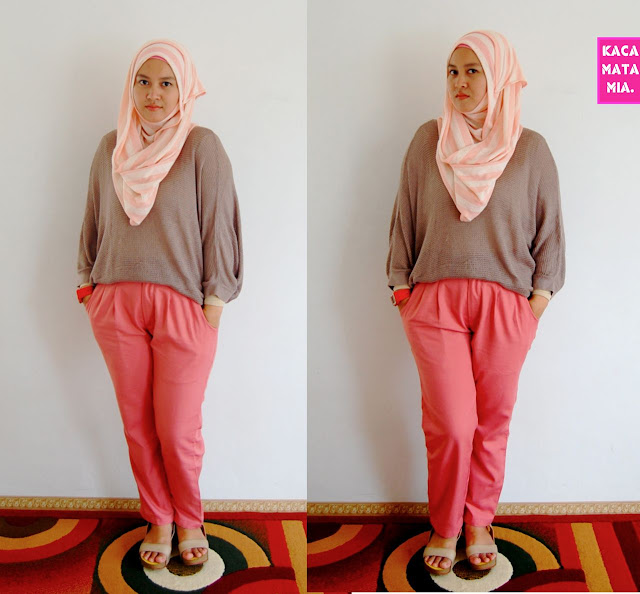 Do you have your own favorite tailor to make your clothes? Well, I have not. But I want to tell you that I do have a door to door tailor in my neighborhood (tukang jahit keliling). His name is Pak Karyo and he uses a modified motorbike. He has his own phone number written on his sewing machine that is placed on his motorbike seat. So, you can call or just simply send him text message to come by and do some make over on your clothes. What a convenience!  I have asked him to do some makeover for my clothes and my hubby's: fixing torn shirts, changing broken zip, etc.  Last week I asked him to makeover my pink pants. I bought this pink pants online and I only wore it a few times because I found out that I don't really like the cutting of it. The pants just didn't fit me, it's just not the way I want to wear it.  A few months after, I always try to find pink pants that fits me well but never find one. Most pink pants in the stores are jegging (jeans-legging) or sk
7 komentar
Baca selengkapnya 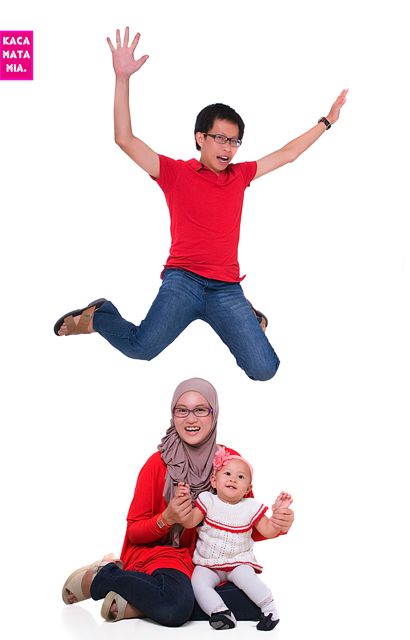 Assalaamualaikum Ini kali pertamanya kami berfoto keluarga. Jadi rasanya pingin sekali mendapatkan hasil yang bagus. Di mana kami semua kelihatan bagus dan gambarnya pun terlihat minimalis tidak ramai. Hello again. How are you? I'm a little bit ill these past few days. Well actually my daughter catch fever, then I got fever two days after, and then my hubby got that fever too on the next day. Phew, this week has been exhausting because everybody in the house is sick!  I'm feeling better today, my daughter still has rashes because we didn't use the AC for three nights, and my hubby still has a stomachache. But well, overall, we got better now :). So today I just stay at home. I was looking at my photo folders when I found this family photo I haven't post.  After my Bebe was born, I used to ask my hubby for a family photo. But we were new in the neighborhood and we don't know where to take a good family photo pictures. Then, I found Mrs. Pipit
18 komentar
Baca selengkapnya

Thought for The Day

- Mei 08, 2013
Let's not talk about our skin, our weight, our prices.  You can be beautiful, just being who you are.  Even if you don't have any money or you're dumb.  You must be good at something.  Let the people talk.  Because they will always talk.  Don't be forced to show them, impulsively, that you are better than what they think.  And don't be forced to say that they actually no better than you.  There's no point of listening bad things about you.  Especially when you promised yourself that you will not say bad things about them.  Because you don't want to be one of them When they say bad things about you,  that actually shows their quality. Don't let them drive you to please them.  You'll be exhausted, they will never be pleased by you.  Nothing they say defines who you are.  It's you, yourself, define who you are. - Mia Fauzia It's been a long time since I write this kind of post. It's hard to b
12 komentar
Baca selengkapnya 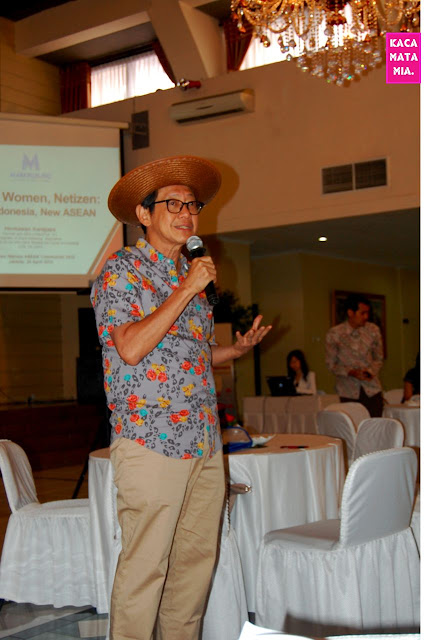 On April 20, 2013 I attended a one day Seminar that was a part of an event called ASEAN Blogger Festival.  The main event will be held on May 12-15, 2013 in Solo.  I was so excited to attend the event, because there would be Hermawan Kartajaya as one of the speaker.  Back when I was a university student, I read his books and listen to his audio book. I listened to Trijaya FM just to hear some of his words. Hahaha.... He is the President of MarkPlus&Co, a management consultant company based in Asia. He's one of 50 Gurus Who have Shaped The Future of Marketing, write several books with Philip Kotler, and many other achievements. I wasn't so into marketing studies. I studied communications and journalism, but I like his ideas of how to create the message and how to get the people react to it, in a positive way, in the way we wanted to. It was called product differentiations.  ASEAN and Hermawan Kartajaya's Perspective Years ago, before the social media e
14 komentar
Baca selengkapnya

My Sister in Law Got Engaged 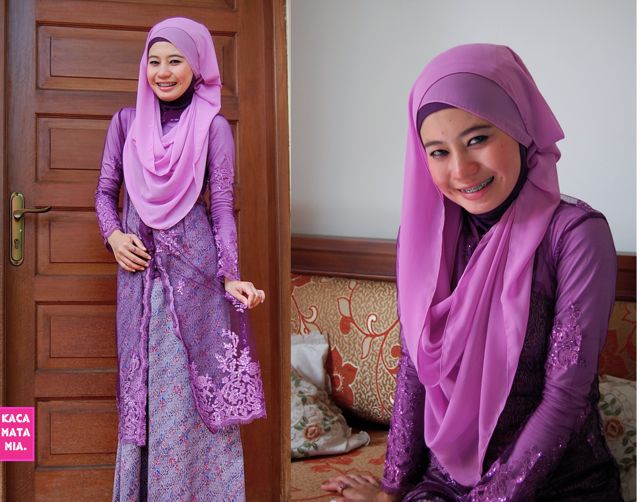 Assalaamualaikum. Hi, girls! I can't believe it's may already and last month I only made 4 posts :P. Okay, so now I'm going to share the photos of my sister in law engagement on March 23, 2013. You may recognize her from a post I made a few months ago. Back then, I told you that she's available. Well now, she's engaged! Hehehe...  Okay here are the photos; Yuniar's OOTD: Purple, her favorite color :). Opa and Bebe :) Nervous and excited, I think. And here are the relieves expressions of my sister in law and my mother in law :D. They're engaged! Me and my beloved hubby :P. Congratulations, ya Neng! Now we're all looking forward for the marriage ceremony around the end of this year :).
8 komentar
Baca selengkapnya
Postingan lainnya