Assalaamualaikum,
Hi, guys! You may remember from my last post that about two weeks ago I was very ill. Well, thank God I was recovered  just when Indonesia Fashion Week (IFW) 2014 was started ;)

Just like IFW 2013, Friday on fashion week means muslim brands and muslim designers on runway. I got two invitations for the 7.30 pm show. I drove from our house in Depok and picked up Hubby from his office at Sudirman area at 4 pm. There were some traffic jams but we managed to get to the venue by 5 pm.

Since we still have a few hours until the fashion show, I decided to come to Laiqa magazine and Hijup booth. My article was published on the newest edition of Laiqa and so it's just nice to drop by and with the hope that I could meet Mrs. Hanna Faridl or Mrs. Fifi Alvianto and say hi.

They're not around when I got into the booth. Instead, I met the multi-talented designer Dian Pelangi with her bestfriend, Lulu Elhasbu of Zaura Models! Yeay! Big Yeay!

Dian and Lulu were so humble and friendly. Dian asked about my daughter and said that she's so cute, and I just nodded. I can't believe how my head was blanked and it seemed like someone's just turned it off! I wanted to say, "Good luck on the fashion show tonight." But as I told you, my head was blanked. Hahaha... Ah well, it's okay to act awkward sometimes, right? :P

When Dian and Lulu went off from the Laiqa and Hijup booth, I got the last edition of Laiqa from Evi. Evi is one of the Laiqa team, finance division. I took some pictures with her too:) 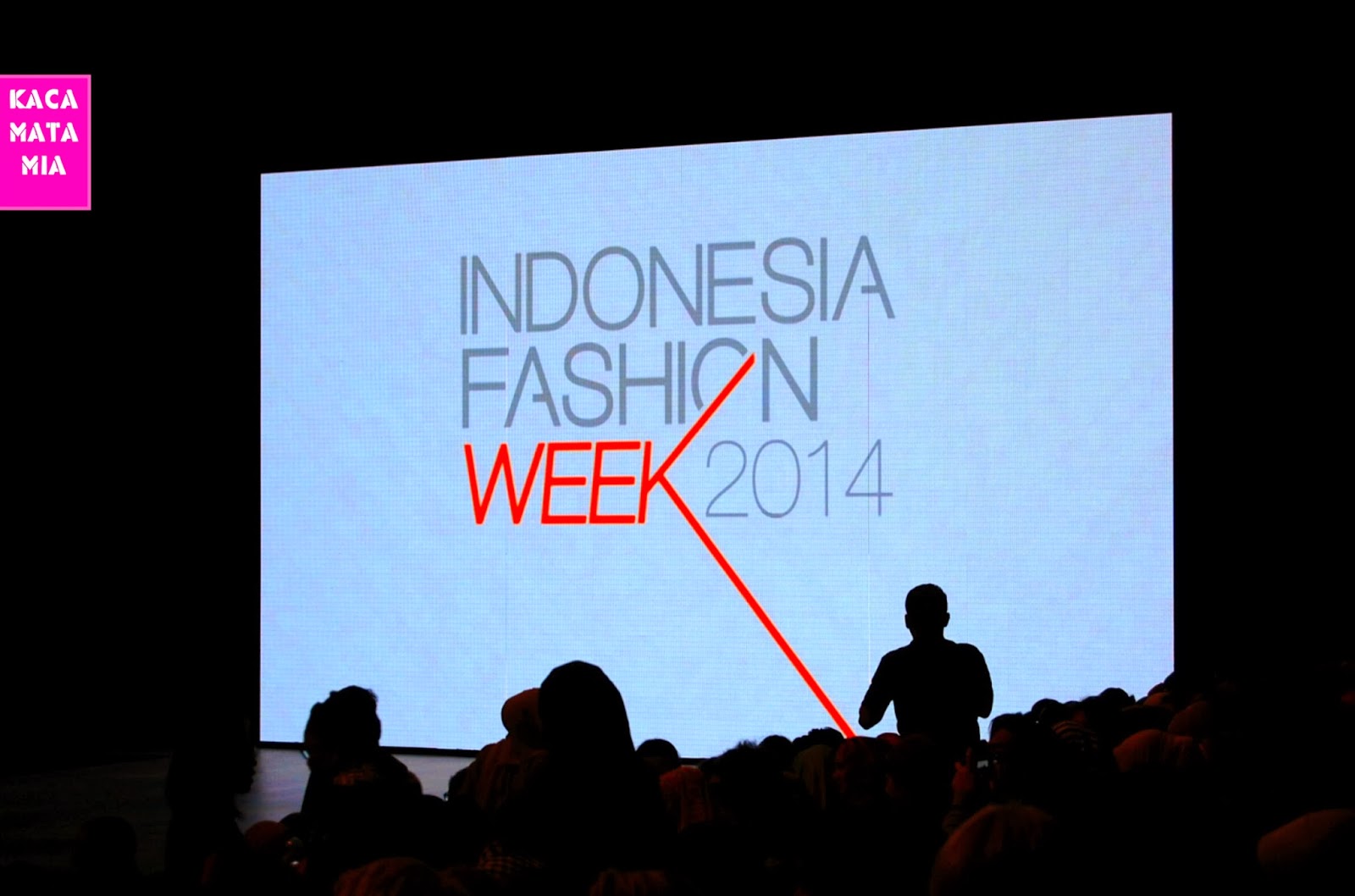 Iva Lativa presented an acculturation of Korean traditional women clothes called Hanbok and Indonesia's traditional fabric like Batik, in the form of muslim clothing. The tops of the Hanbok were kinda like crop jacket and they were mixed with wide skirts. Many of the pieces were using bright colors like bright yellow, red, orange, and green.

Just like the name of the collection, the pieces that were presented were elegant. Many comes with graceful flare dress made from chiffon. Some were in pastel colors like cream and soft green. Some other were in bold colors like red, blue and dark purple. 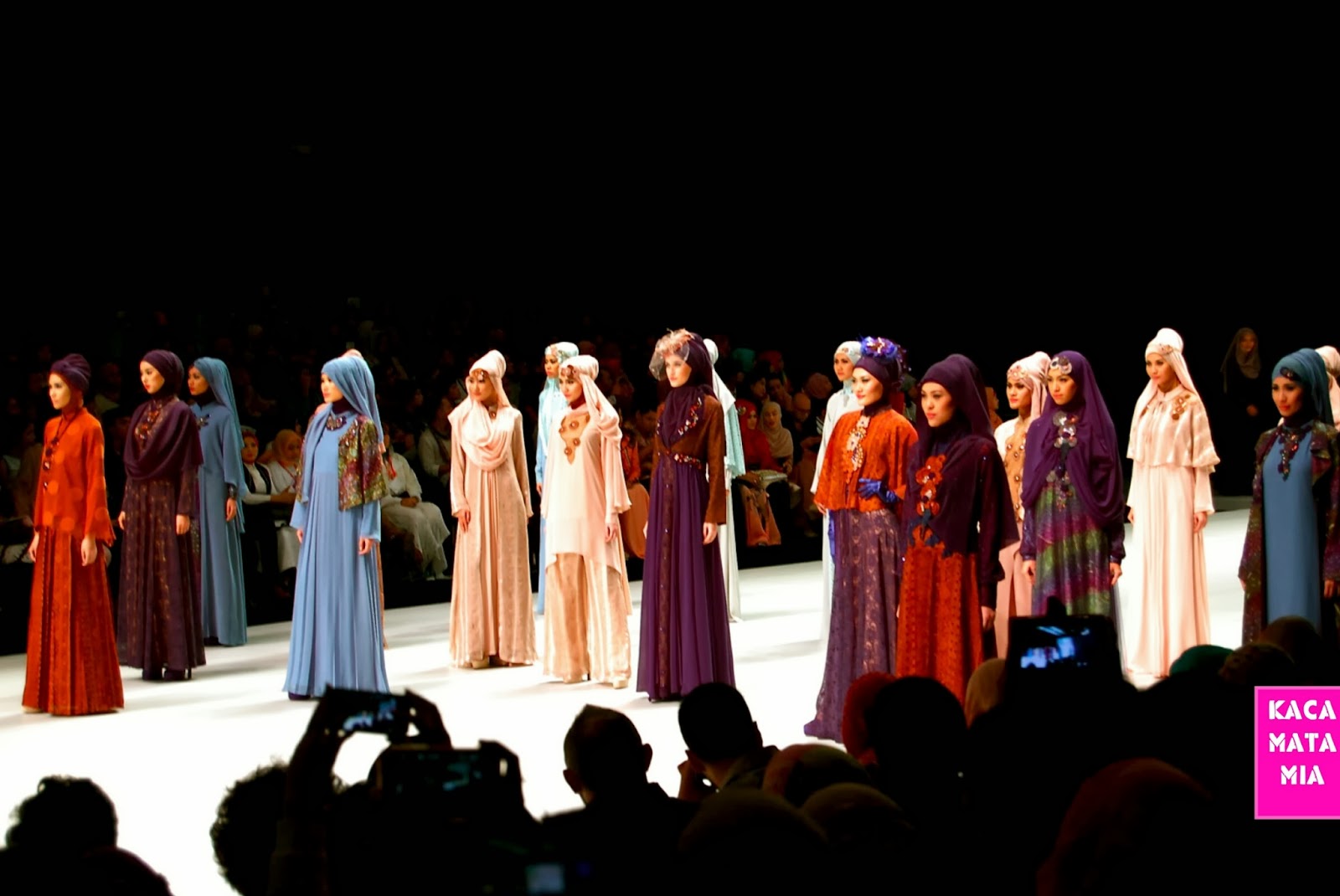 That night Itang Yunasz presented some particular hexagonal prints that were used in every piece of the collections. Some were mixed with color-blocking so the prints looked stands out. 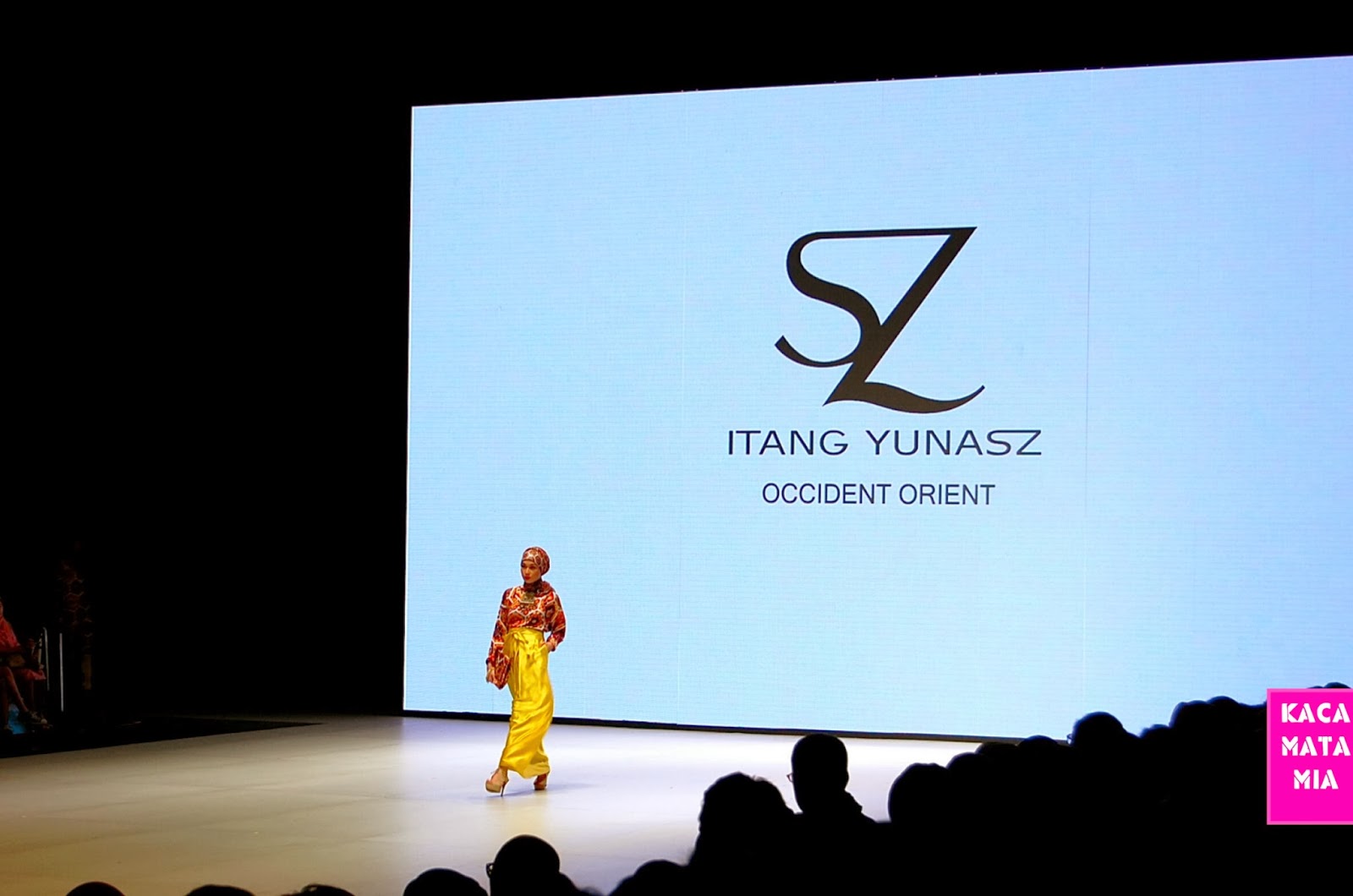 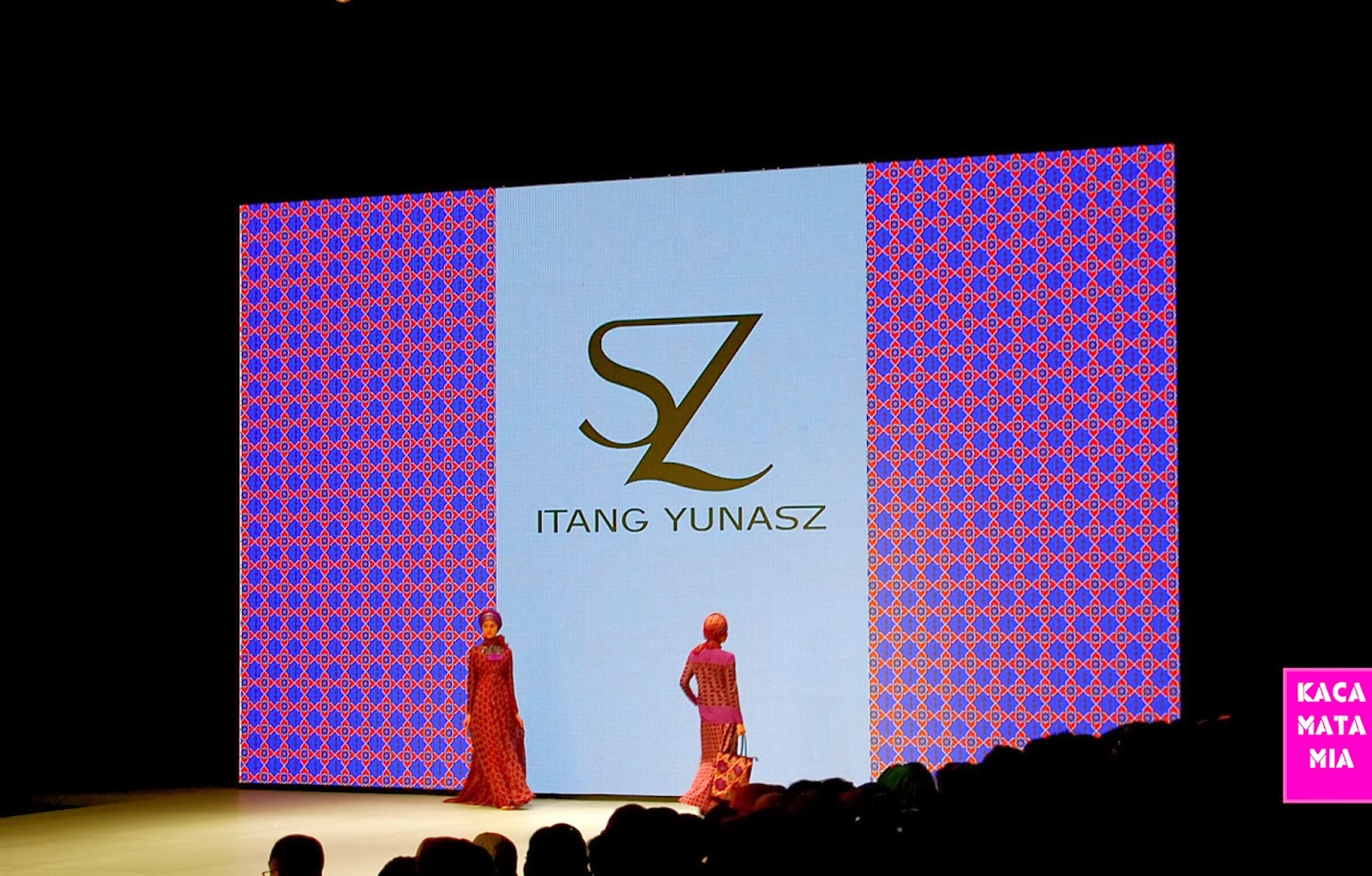 This newest collection by Dian Pelangi was featuring three different cultures of Indonesia: Tenun Bali, Batik Jawa, and Songket Palembang. All of the pieces shows luxury in a traditional-modern way. It shows on many colors of gold combined with red, turquoise, and silver. This collection also included the fabulous red veil that also was featured on her blog lately. 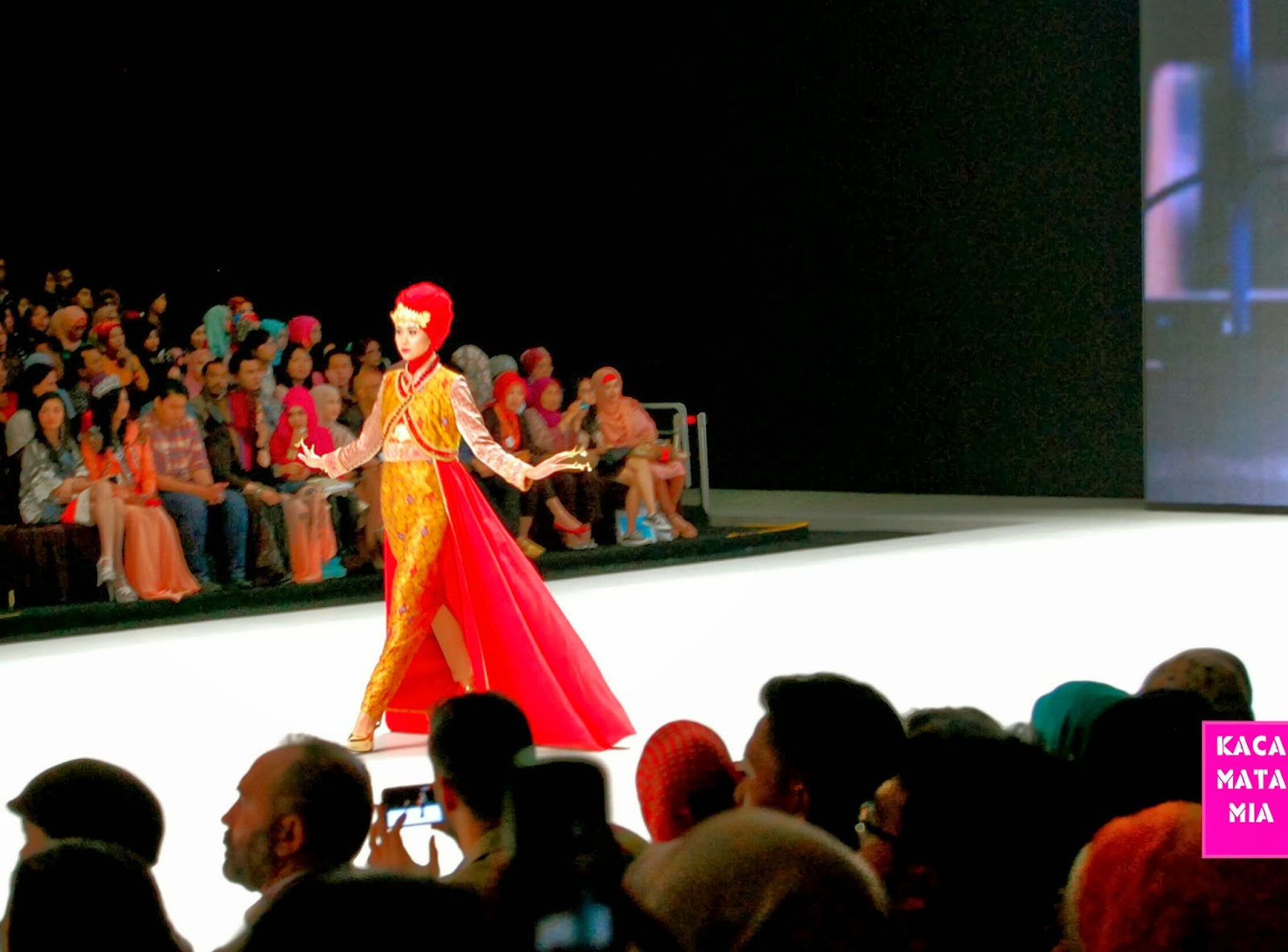 It was such a great fashion show, but I was not very lucky because I didn't get a photographer spot and the fashion show was so full with audience that I couldn't get better view to take photographs. But it's okay, I had fun at the venue. I hope I can get a better spot next time :).

So here are some photos again from IFW 2014, 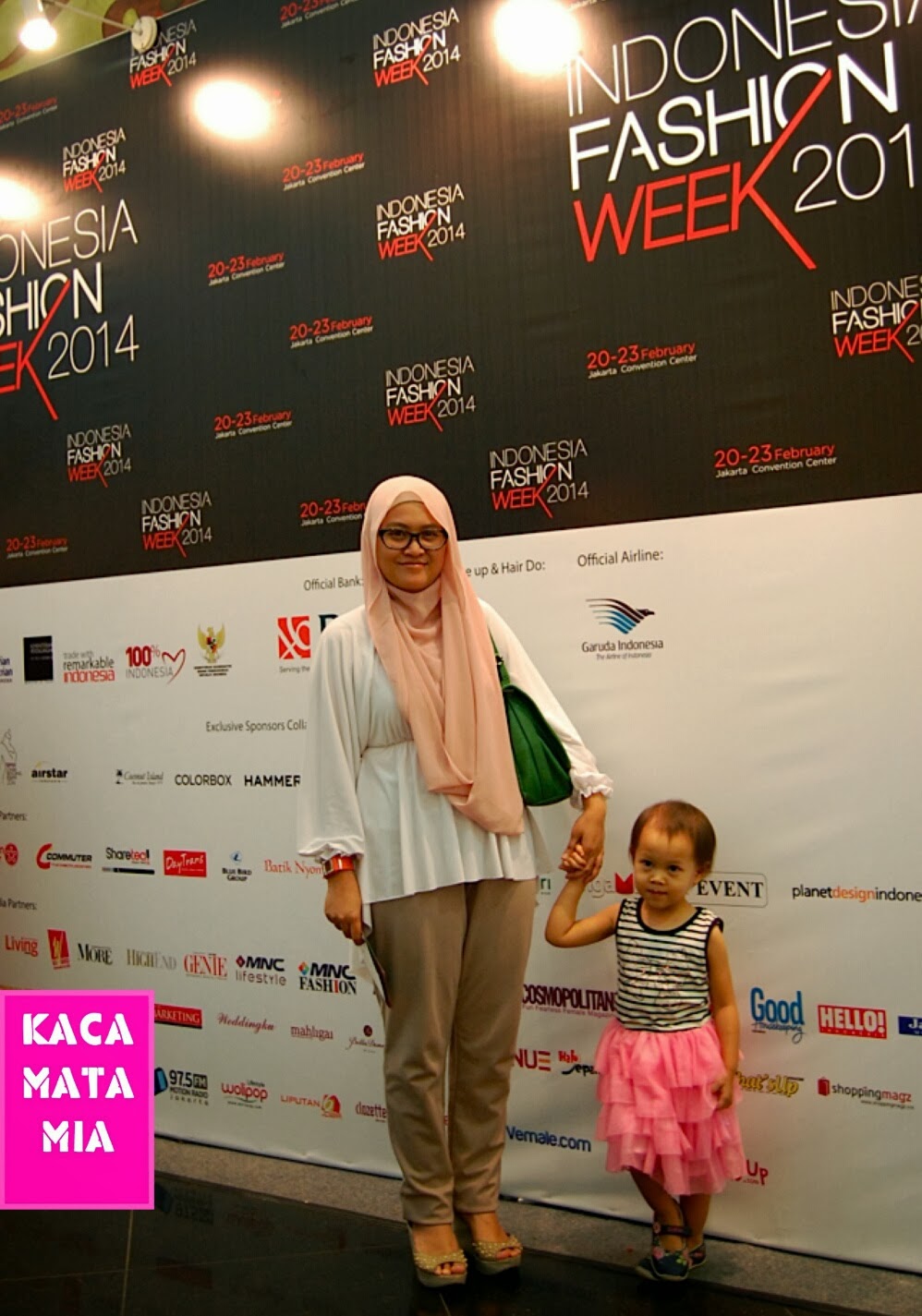 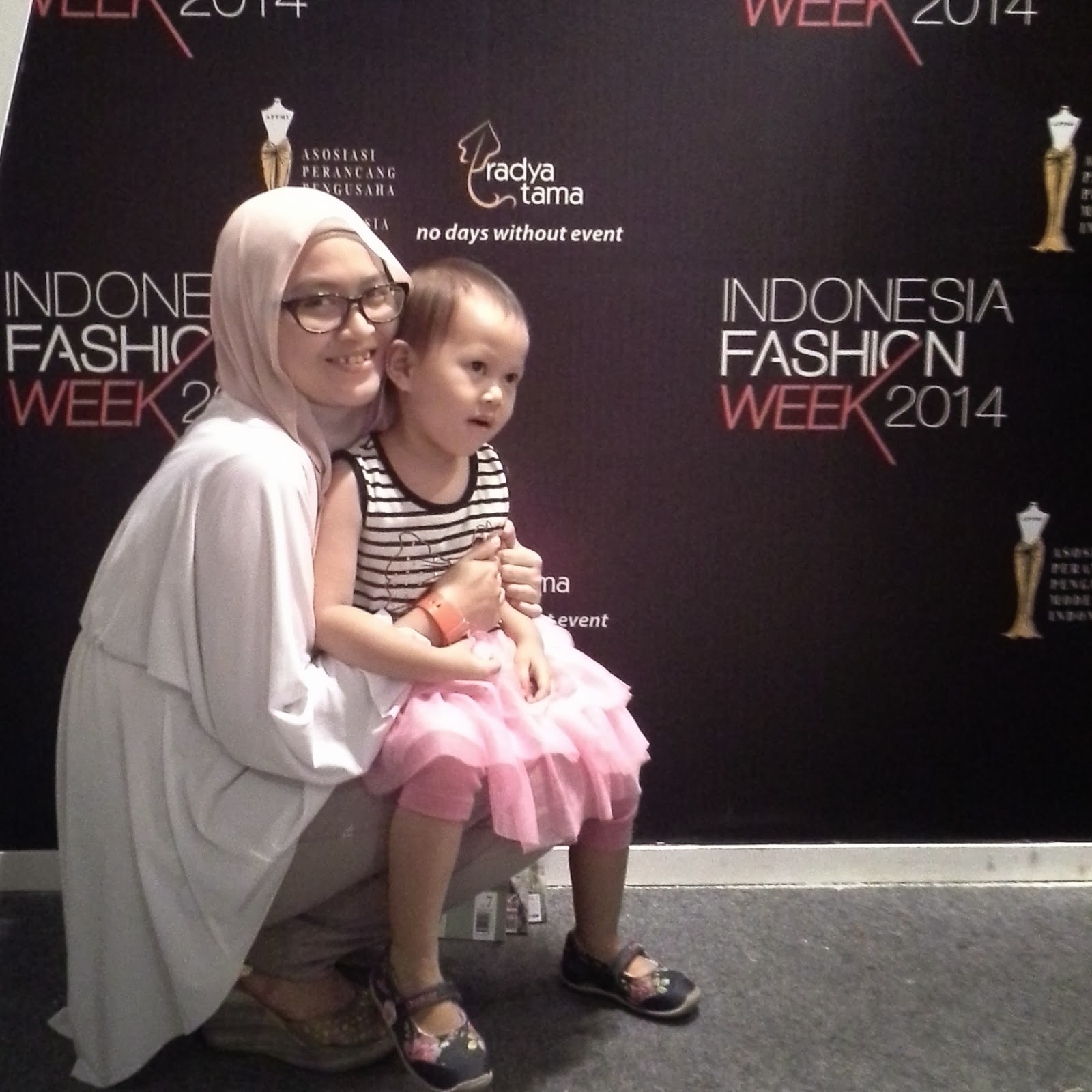 It was pretty late in the evening when we went home. We had fun and hope we can come again to the next fashion week.