Hi, girls! How are you? It's the first weekend after the Eid holiday. After two weeks of mudik, back in our parents' house, we're finally here in our home. It's fun spending times at our hometown, but now I really miss hanging out in the big city :D.

Now, it's Saturday morning and I'm enjoying my cup of coffee. My Bebe and Hubby are still asleep right now, so it's kinda me time *wink*.

Well, this morning I want to share to you a late post about a cool event that I attended on June. It's been a while, I know.  I just couldn't find time to write it because I know it's gonna be a long post and I have to pick some pictures from over a hundred photos of the event and fashion shows.


On June 23, I received an invitation to Zalora event. It was a sudden invitation but Alhamdulillah I could make time to come. It was Wednesday so I have to bring my daughter along with me. I drove to Balai Kartini Jakarta, where the event was held, and met up with Ayu (one of my blogger friends) and my bestie Yogie (a Journalist).

Sometimes it's hard to take good pictures at an event if you bring along your toddler. That day my Bebe was sleeping and I needed to hold her all the time. But Yogie suggested that we took the farthest seat next to the photographer spot so I could make good pictures from where I sat without standing. That's why I still got some pretty pictures for this post. Thanks Yogie ;).

So here goes the full story,

ZALORA held an Event called The Muslim Fashion Capital on June 25, 2014. Held just before the month of Ramadhan began, this event was intended to support The Ministry of Tourism and Creative Industry (Kemenparekraf) and Indonesia Fashion Designers and Entrepreneurs Association (APPMI) program, to make Indonesia as The Muslim Fashion Capital by 2020.

Indonesia has the biggest population of muslim in the world with a large fashion market worth of USD 17 billion on 2012. Moreover, it is predicted as the muslim fashion capital of Asia by 2018.

According to Magnus, the internet penetration is growing rapidly and it makes the country has the biggest opportunity for the e-commerce fashion industry. Therefore, this year Zalora established its own muslim fashion brand, Zalia. Zalora also features some Indonesia's talented young muslim designers: Dian Pelangi, Jenahara and Ria Miranda and you can find their collections in the webstore from now on.

This is the picture of Ibu Mari Elka Pangestu (Menparekraf), Magnus Grimeland with the awardees. If you look at it, you might see familiar faces of famous people in muslim fashion industries. There are Lulu Elhasbu, Alysa Soebandono, Fifi Alvianto (Laiqa Magazine and Hijab Scarf) and many more.

After the Awards presentation, here comes what we were waiting for: the fashion show.

There are many patterns of flowers with the batik technique in this collection of Dian Pelangi. You'll find many loose cuts of dresses and harem pants made of cotton. 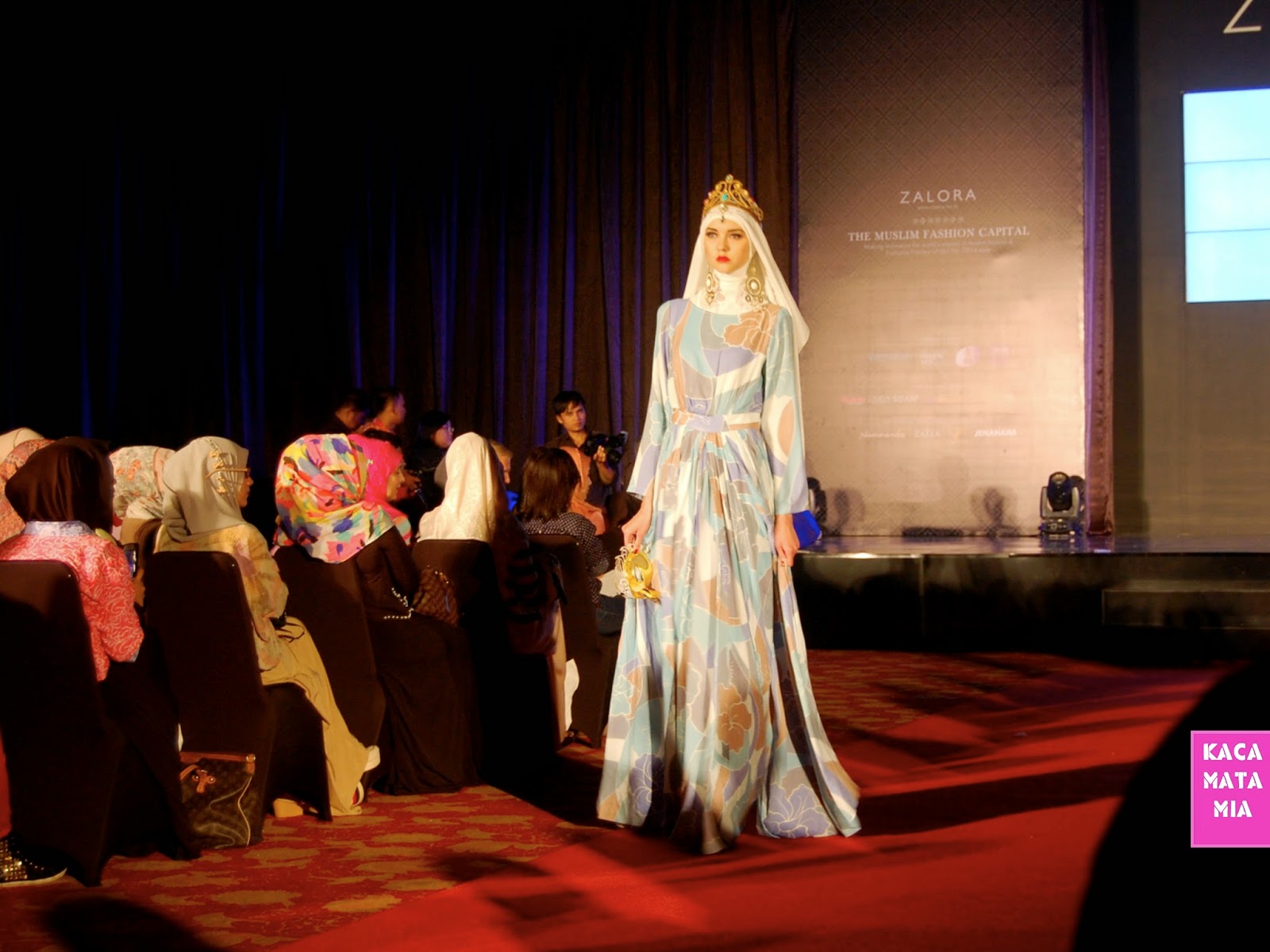 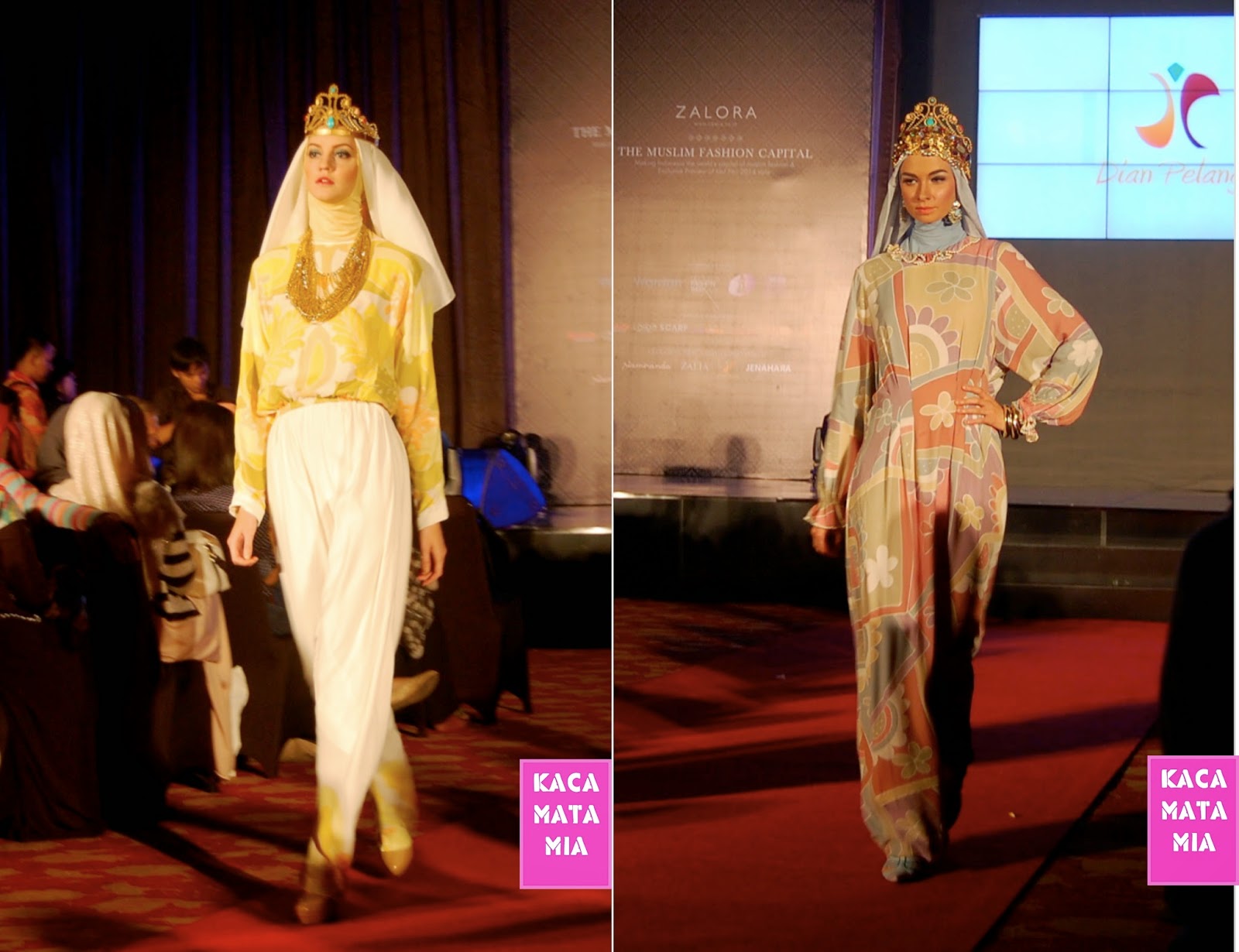 Zalia is a muslim brand established by Zalora. In its very first collection Zalia presents some simple elegant dresses, kaftans, skirts and tops. These pieces are made from glittery and shiny fabrics so they were look glamorous. 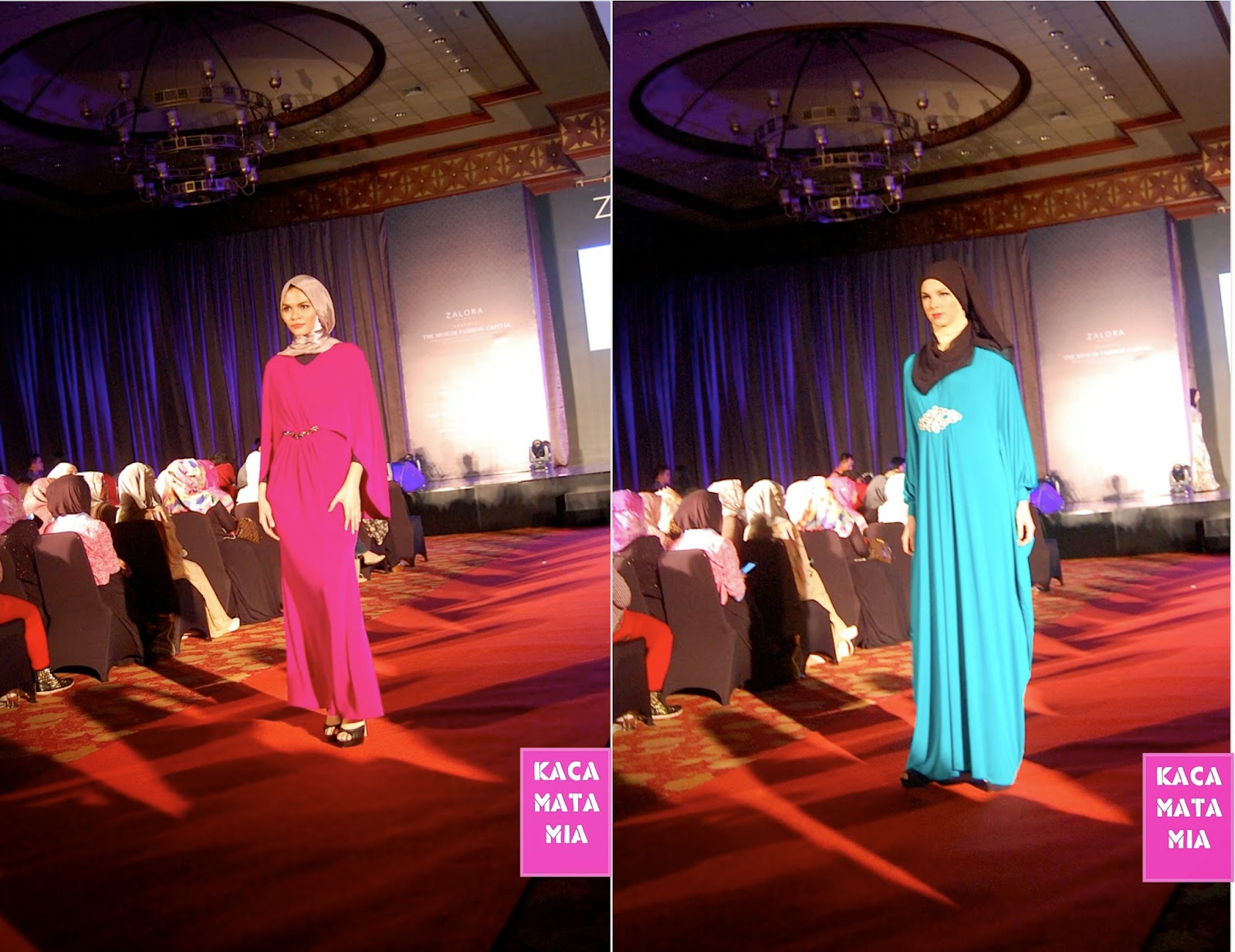 Haru By Ria Miranda
This collection of Ria Miranda were actually has launched a month before. Just like the brand characteristic, this collection was also featuring pastel colors and soft fabrics. But Haru has a special flower prints in Minty color in its pieces of flowy dresses, flowy tops and blazers. 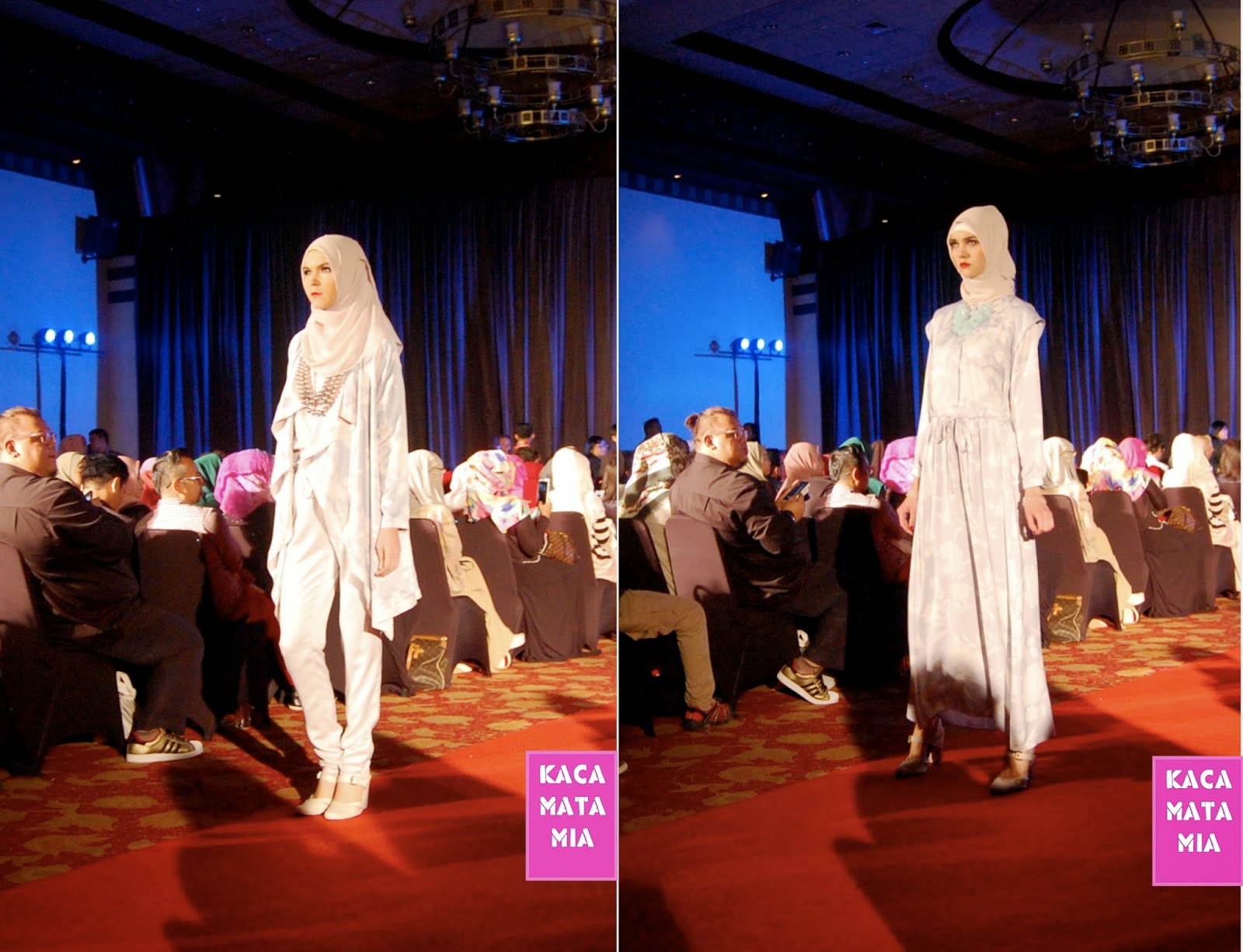 French Connection by Jenahara
Even though this is the collection for Eid, we'll find dresses, blouses, coats, and pants in modern-masculine cuts in this collection of Jenahara. Jenahara said she's bored with white and soft colors for Eid Al-Fitr.  So instead, she chose the color of red, black, blue, white and brown. 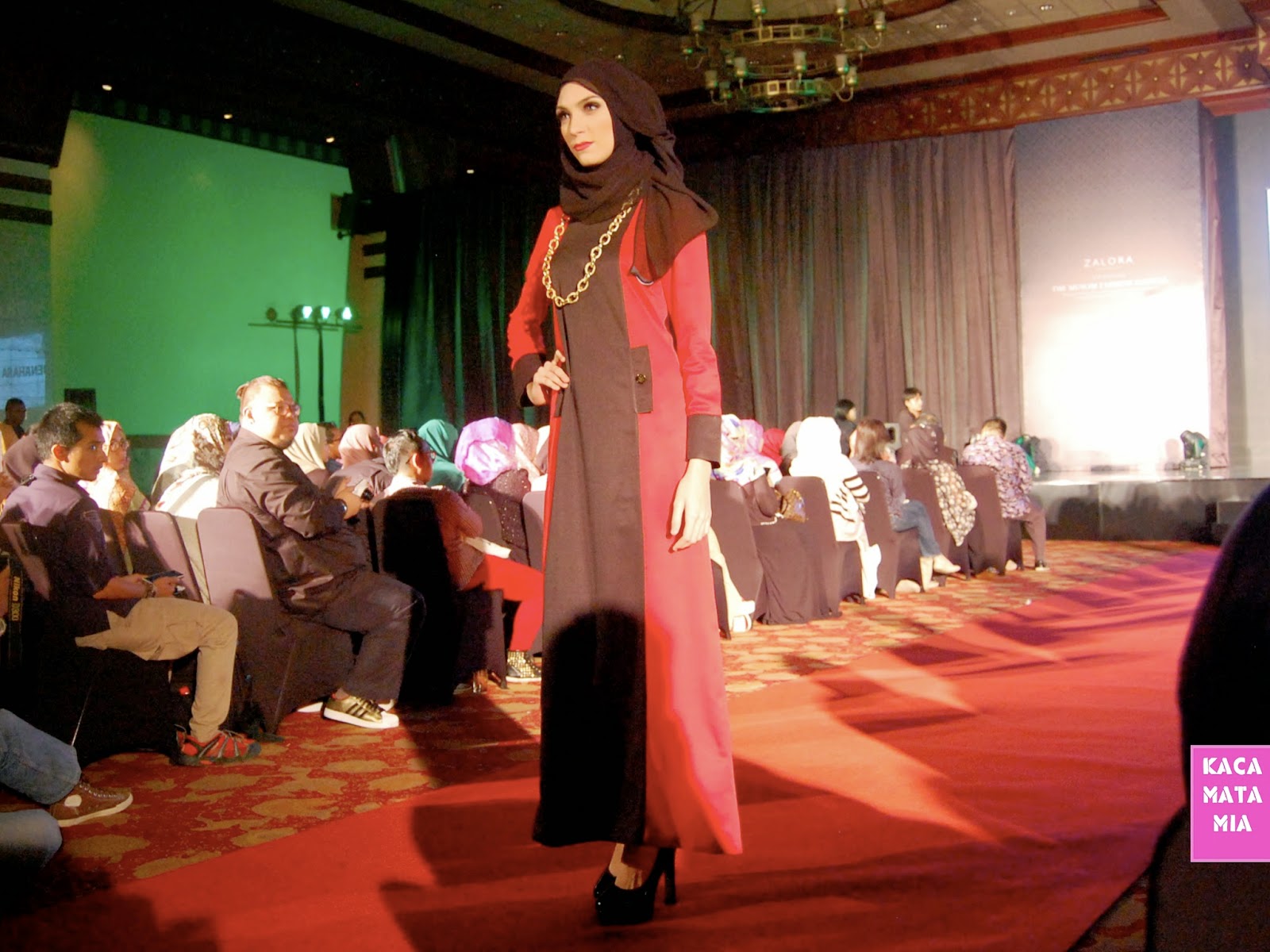 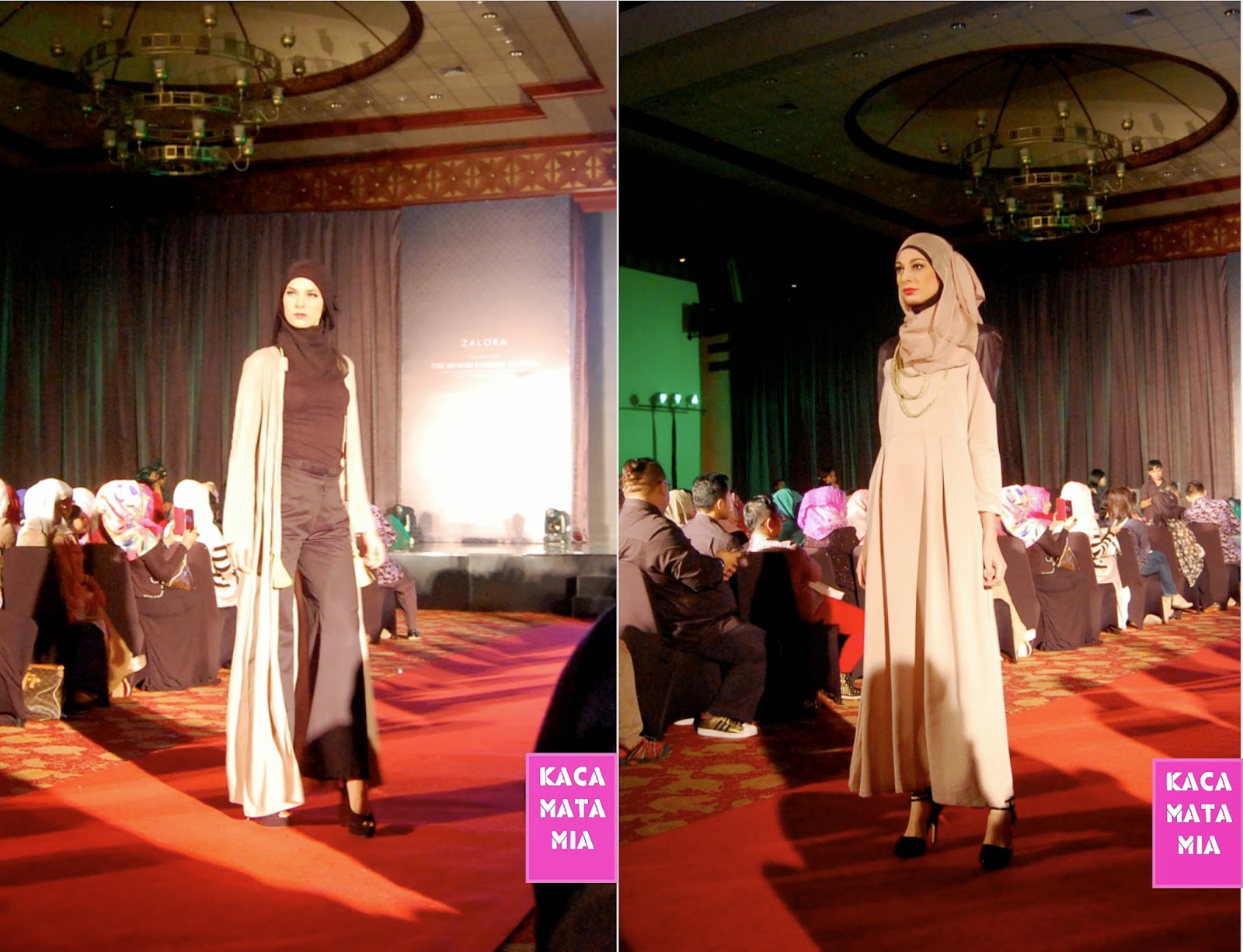 What do you think of Indonesia as the Muslim Fashion Capital? Personally, I love the idea of it. Now when you buy Indonesia's muslim designers' items, you will think that you support the national economy. I, myself have been buying Indonesia's muslim brands these years. DP by Dian Pelangi, Simplymii, Restu Anggraini, KIVITZ, are some local brands that have reasonable prices but with good quality and designs.

You know you don't find the same designs at the mainstream outlets. And the best thing is, these muslim brands knows what you need as a muslim women: being covered and stylish at the same time.

I support and I really hope these muslim brands continue growing, and Indonesia will be the Muslim Fashion Capital by 2020 :).

So that's the stories I have from Zalora event. I'll see you in the next post :). Have a nice day, Every One! ^^